And the BWP Young Breeder Award goes to Jelle Broekx 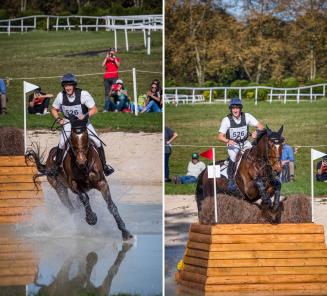 In 2012, BWP Sint-Niklaas created the Young Breeder Award, a trophy for a young breeder who put BWP in the spotlights in a very special way. Last year, Maarten Van Waes, the breeder of  Igor, received that trophy. This year, we found a good successor in Limburg.

In 2005, FIGARO VAN HET BROEKXHOF was born. Figaro is a son of Tauber van het Kapelhof out of the dam Damira van ’t Heidehof (Zamiro). Meanwhile, Figaro progressed to an international eventing horse. As a young horse, he already moved to Great Britain. On the FEI website, we find sport results under the saddle of, respectively, Antony Clark, Sarah Olivier, Sarah Bullimore, Jodie Amos. Since 2018,  he is being ridden  by Tom McEwen, not without success. The pair can look back on a 2d place in the CCI5* in Luhmulen, a 2d place in the CCI4* in Chatsworth, a 3d place in the CCI4* of Burnham Market and a victory in the CCI4* in Belton.

These are only a few of his performances, yet they led to a 13th place on the World Ranking of Eventing Horses last season. Not every breeder can show such results, and surely not each young breeder.

When Figaro was born, Jelle Broekx from Peer registered his foal in the BWP Studbook. Now, he receives the Young Breeder Award for his breeding product! Jelle says : “I have ridden Figaro myself until he was 5 years old. Then he has been sold to Karel Cox and later on he has been sold to other riders.